When you’ve delivered results for countless clients across more than 1,500 trials, you develop highly informed instincts to evaluate potential case outcomes with speed and accuracy. So we encourage that aptitude from the ground up across our entire team.

In a recent case involving a plaintiff’s claim of sustained injuries after a fall in his hotel room at a large hotel chain, Rissman attorney Kendall Griesse obtained a dismissal with prejudice for the plaintiff’s fraud upon the court. Over the course of the first plaintiff deposition and first dispositive hearing of her career, Kendall found that the plaintiff had been involved in numerous other ​​personal injury lawsuits and workers’ compensation claims, with suits involving the same injuries as he alleged in the case at hand.

The Court noted that dismissal with prejudice is “the harshest of remedies, not to be imposed lightly.” Despite this, the Court stuck to the inclination that the plaintiff set into motion an unconscionable scheme intended to interfere with the Court’s ability to adjudicate the matter impartially.

The Court noted that dismissal with prejudice is “the harshest of remedies, not to be imposed lightly.” 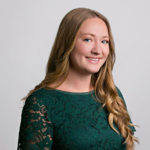