The Complexity of Medical History

Navigating the aftermath of a medical emergency is an incredibly challenging and nuanced effort, especially when it comes unexpectedly. But Rissman is no stranger to complex medical malpractice suits, having maneuvered more than 1,500 jury trails across an array of liability defense and workers’ compensation defense matters.

Case in point: In a recent medical malpractice case, Rissman attorneys Bucky Hurt and Jeremy Palma obtained a defense verdict on behalf of the clinician and associated regional medical center in a case involving the decedent’s death following morphine use in the aftermath of a motorcycle accident.

The plaintiff (the decedent’s spouse) brought the wrongful death action following the death of her husband after a C1 fracture and other injuries from a motorcycle accident. The decedent had been hospitalized and later discharged to his home. In the days prior to his passing, he was seen by a home healthcare RN and an ARNP, both of whom felt he was stable and safe to be at home. It was brought to light, however, that he had been using unprescribed morphine and had been hospitalized for his morphine and Percocet addictions six weeks prior to the accident, but had not disclosed this history to his care team.

The particular matter of concern, in this case, rested in the determination of whether, and to what degree, morphine played a role in the patient’s death. Both the defense and the plaintiff agreed that he died of bronchopneumonia as a result of his fracture, but the judge found with the defense that morphine toxicity also played a key role.

Our Rissman Victories Series showcases some of the most relevant and timely examples of our expertise and highly practiced approach. We consider the interests of our clients as paramount, and take pride in delivering consistent and meaningful results time and again. 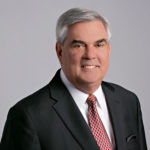 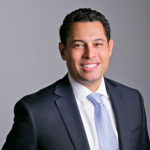